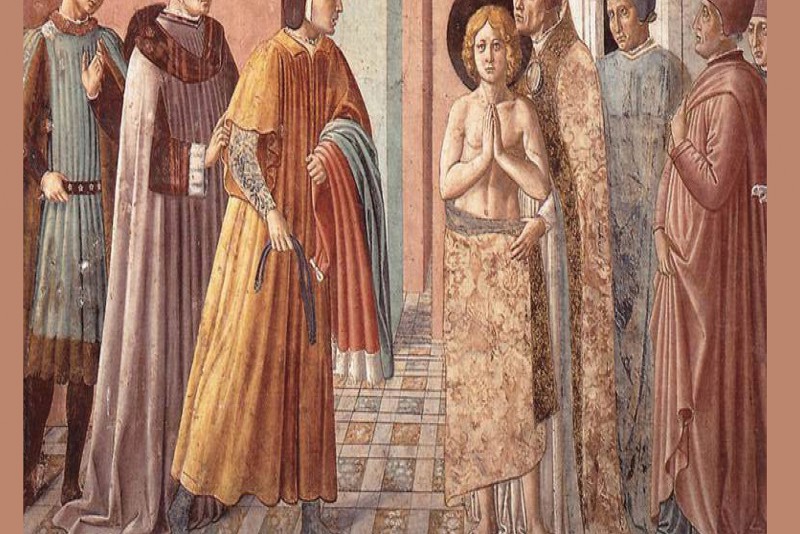 A young man arrives in the public square to confront his father and his city for its violence and greed. He wants off the social grid. In a dramatic gesture of renunciation, he takes off all his clothes and hands them back to his father and walks away, in search of a new identity and purpose with his God.

In this insightful and inspiring book, Bartoli explores the meaning of Francis’ gestures of nudity from his moment of conversion to his ritual of death. They are a window into a life of hope and suffering, loss and peace, a man who uses his nudity to tell his struggle for acceptance by the God that he loves so well.

“When Francis stands naked in the public square, he stands before the father who once pinned all his hopes on him. Now his father sees him as nothing more than deranged, deluded and dangerous. And, across from both of them is the bishop who is uncertain as to whether this is just an ugly squabble breaking a family apart or a religious delusion beginning to fracture a young man’s mind and his future. Bartoli brilliantly takes up this tragic and evocative event and all the moments of nudity in Francis’ life to explore the meaning of this revolutionary gesture for a young man, his family, his society and the world.”
David B. Couturier, OFM. Cap.
Executive Director of the Franciscan Institute